What is a third party claim in Oregon Workers' Compensation? 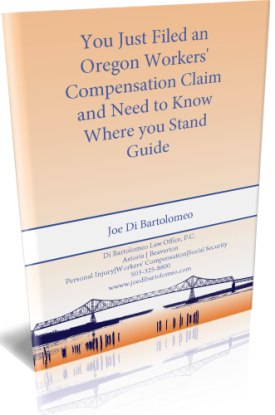 The I Just Filed an Oregon Workers' Compensation Claim and Need to Know Where I Stand GuideRequest Your Free Guide!

The First, Second and Third Parties

We explain it this way, and it may not be technically accurate, but that does not really matter.  When you suffer an on the job injury in Oregon, you are covered by your employer's workers' compensation insurance.  We consider you to be the "first party," and the insurer is the "second party."  In many cases, that is everyone involved in the claim.

Workers' compensation in Oregon is usually your only remedy, that is, your only source of recovery.  The benefits are what is provided for in the statute.  Generally, you cannot sue your employer, even if it was negligent in causing your injuries.  You cannot sue a negligent co-worker if they were negligent while working for the employer.  Again, these are general rules, and there are always exceptions.

However, if another person, a "third party," causes your injury, then there is a claim against that person, if you can prove they were careless, and that the careless behavior caused your injuries.

First, let's start with an example.  You are at work, and asked to run an errand.  While driving across town, you are stopped in traffic, someone hits you from behind, and you are injured.  You have a workers' compensation claim because you were injured on the job.  But you also have a personal injury claim against the person who caused the collision, which we can call the "at fault driver."  That person is the "third party." So, you have two claims from the one incident.  Because the workers' compensation carrier is paying your benefits, they have a lot of say in what happens with the third party claim.

The Workers' Compensation Carrier Has a Say

This is because your claim against the other party includes medical expenses and lost income.  These are benefits the workers' compensation carrier is already paying, so the workers' compensation carrier will want reimbursement from the at fault driver's insurance company for the money it spent on medical bills and disability benefits.  Another way of looking at it is that you and your workers' comp. carrier are in the same boat.  You both suffered losses.  You suffered a loss of your health, and the workers comp. carrier suffered a business loss.  So, each of you has a claim.

The Notice of Election

"...we almost always advise clients to choose to

pursue the claim on their own."

A third party claim is like any other personal injury claim.  There are time limits involved, and you have the right to make the same claim for damages as you would with any other claim.  Sometimes, you will be able to claim losses that the workers' compensation did not provide you, like compensation for the loss of your health and quality of life.